A video from a group called Stand Up Michigan making the rounds on social media is the latest to make claims against wearing masks and particularly government mandates to do so.

— Tammy K. Herrema Clark. Author's note: exhalation and inhalation is mutually possible in both the nose and mouth.

The first six minutes or so it's mainly devoted to Herrema Clark lauding her expertise on the subject of PPE (Personal Protective Gear) going as far as to say "These doctors aren't certified and licensed like I am. They don't know what I know."

What makes her qualified? I watched the 49 minute and 16 second unprepared talk and took notes. Here is everything I captured:

Let's start by noting Tammy's position on face masks is not in line officially with OSHA:

OSHA generally recommends that employers encourage workers to wear face coverings at work. Face coverings are intended to prevent wearers who have Coronavirus Disease 2019 (COVID-19) without knowing it (i.e., those who are asymptomatic or pre-symptomatic) from spreading potentially infectious respiratory droplets to others. This is known as source control.

Later in the article, I'll show you the brief training involved in holding these certifications and how many of these either do not exist or do not apply to Herrema. She also did not herself cite any experience, nor could we find any from her online portfolio related to "virology, immunology" nor her ability to read legal language other than her claim that she "worked with attorneys a lot."

Her current homepage bears an "Under Construction" placeholder. A cached version of the homepage from Google reveals a previous website pretty well filled out with her background.

The cached page includes three testimonials, two of which are from individuals bearing the same part of her last name, "Herrema"

Herrema Clark's LinkedIn profile echoes some of her work experience described in the video. I was unable to find anything that would qualify her as an expert on the body, immunology, or virology as she states multiple times. It would seem the majority of her expertise comes from brief training courses and safety-related work experience in construction companies.

These kinds of trainings are a little more industry involved than the CPR training one would take to be a certified babysitter.

I spoke with a member of the American Society of Safety Professionals (ASSP) who was unable to find anyone matching Herrema Clark's name in the ASSP database.

Herrema Clark is also absent from the Board Certified Safety Professionals (BCSP) database.

But assuming Herrema Clark does have these certifications, what do they mean?

Here's what I found. An OSHA Authorized Trainer needs to have either five years of construction safety experience, or similar education background, for which she would qualify according to her LinkedIn profile or a 10-30 hour training course. Other than that, she'd need three years experience as an occupational safety and health trainer, and a 40 hour hazardous waste operations and emergency response (HAZWOPER) training course completion certificate. This is the expertise Herrema Clark refers to when she says she is more qualified than doctors on the subject of PPE safety.

As far as I can tell, this is not an actual occupation nor does it make any appearance in her work background. I thought she might have meant to say an "Emergency Medical Technician" which also does not appear in her background. Said individuals typically refer to themselves as "EMTs".

Imagining she were an EMT, According to the National Registry of EMTs, you're required to complete a state-approved Emergency Medical Technician (EMT) course, CPR training, two hour National Registry cognitive (knowledge) exam, and a state approved psychomotor (skills) exams.

Again, we can only assume none of the above applies. As to her claim that she works in the medical field, I found no evidence from her own claims in the video or her thoroughly articulated LinkedIn work history.

This one may sound medical in nature, but this is more of a corporate volunteer program.

She has also alluded to her "numerous degrees" in a LinkedIn thread. We could only find one Bachelor's of Science degree from Ferris State University in Business Administration and Management.

Tammy has some choice words for Doctors, constantly making the case that her background qualifies her more on the subject of hypoxia and hypercapnia caused by masks compared to a doctor.

Just about every conspiracy theory led idea about COVID-19 short of 5G towers was brought up in her video. Herrema Clark claims:

This is actually not true. So far we're seeing mortality rates anywhere between 0.26% and 1.3%, much higher than influenza.

Where to even begin with this one. We're seeing so-called "recovered" victims of COVID-19 developing blod clots, loss of taste and smell, permanent respiratory issues, stroke, and sometimes permanent damage to the brain stem. This is a grossly irresponsible statement.

This is evidence of a fundamental misunderstanding of how immunology works, a common mistake confusing antigens and antibodies. This is the kind of mistake a beginner student in an immunology class would make, or one who recently skimmed the Wikipedia article. Cases are also recorded in a database and queued for contract tracing. One cannot simply double their own count by getting a test a second time.

She again points to her baffling credentials to say she understands virology and claims to understand the epidemiology of COVID-19 better than what we're being told today.

Herrema Clark not only claims masks cause hypercapnia and hypoxia (CO2 poisoning and critically low blood oxygenation), but repeats the urban legend that oxygen, a flammable gas, is pumped into emergency rooms.

Most of her claims are not about masks in general but N95 respirators which are less commonly used in the public, nor are they relevant to mask mandates which allow for cloth masks. She states "they're handing them out like candy" referring to the N95 mask, which is at the high end of mask pricing and the least commonly available due to the pandemic and the lengthy process to produce.

She is correct in stating the 0.3 μm threshold of the N95 mask and notes the virus is smaller at about 0.1 μm. However, misses that masks are meant to prevent the spread of the relatively enormous respiratory particles which can easily be stopped by even a cloth mask. She also fails to realize O2 and CO2 moleucles are up to 100x smaller than the virus in her claims they are trapped in the mask.

Misunderstanding of HVAC and the oxygenated OR urban legend

For working in construction, I thought she'd at least have a better grasp on HVAC. Yet she quickly confuses air flow and air pressure for oxygen concentration.

She correctly states Operating Rooms (ORs) have a "negative pressure," but this means they contain a higher pressure inside the room than outside to ensure particles generally move outwards from the sterile environment.

She constantly interchanges the words "air flow" for "oxygen flow." This difference is extremely important as oxygen is a flammable gas. When localized oxygen hook ups are installed in an OR, there are strict safety precautions involved to make sure they do not leak any of the flammable gas into the room, where sparks could ignite an explosion. I'm not sure how she missed this in her OSHA safety training.

Herrema Clark uses these claims in an attempt to debunk the many demonstrations by health professionals that wearing a mask all day did not affect their SpO2: "They don't understand they are working in a room with a very precisely controlled O₂ level...O₂...to make up for the fact they're working with a mask. Most medical professionals have no clue."

After all this, it should come as no surprise Herrema Clark subscribes to Bill Gates-centered conspiracy theories, including the false claim that Gates owns a patent to SARS-CoV-2 itself.

"Why are we only hearing from one doctor...only one group of professionals. It's not even a varied team. We're hearing from Dr. Fauci and Dr. Birx. That's it. And guess what? That's a total conflict of interest because Dr Fauci is partners and buddies with Bill Gates who has a patent on the Coronavirus..."

Rallies parents to endanger their children

For her grand finale, Herrema calls to the host of her video, an organization called Standup Michigan whose YouTube channel has 16.4K subscribers with a Facebook group tallying 69.1K members.

She rallies other parents to do the same stating their employers are not allowed to ask for disclosure of the disability and asks listeners to bombard schools to force them into submission, likening it to her own opposition to vaccine mandates.

In another not so suprising surprise, she calls attention to the topic being a strictly Republican matter.

There is some discussion on a LinkedIn post where her video is promoted where at least one observer asked gently about whether she was qualified to talk on the subject and if her political leanings might be getting in the way. 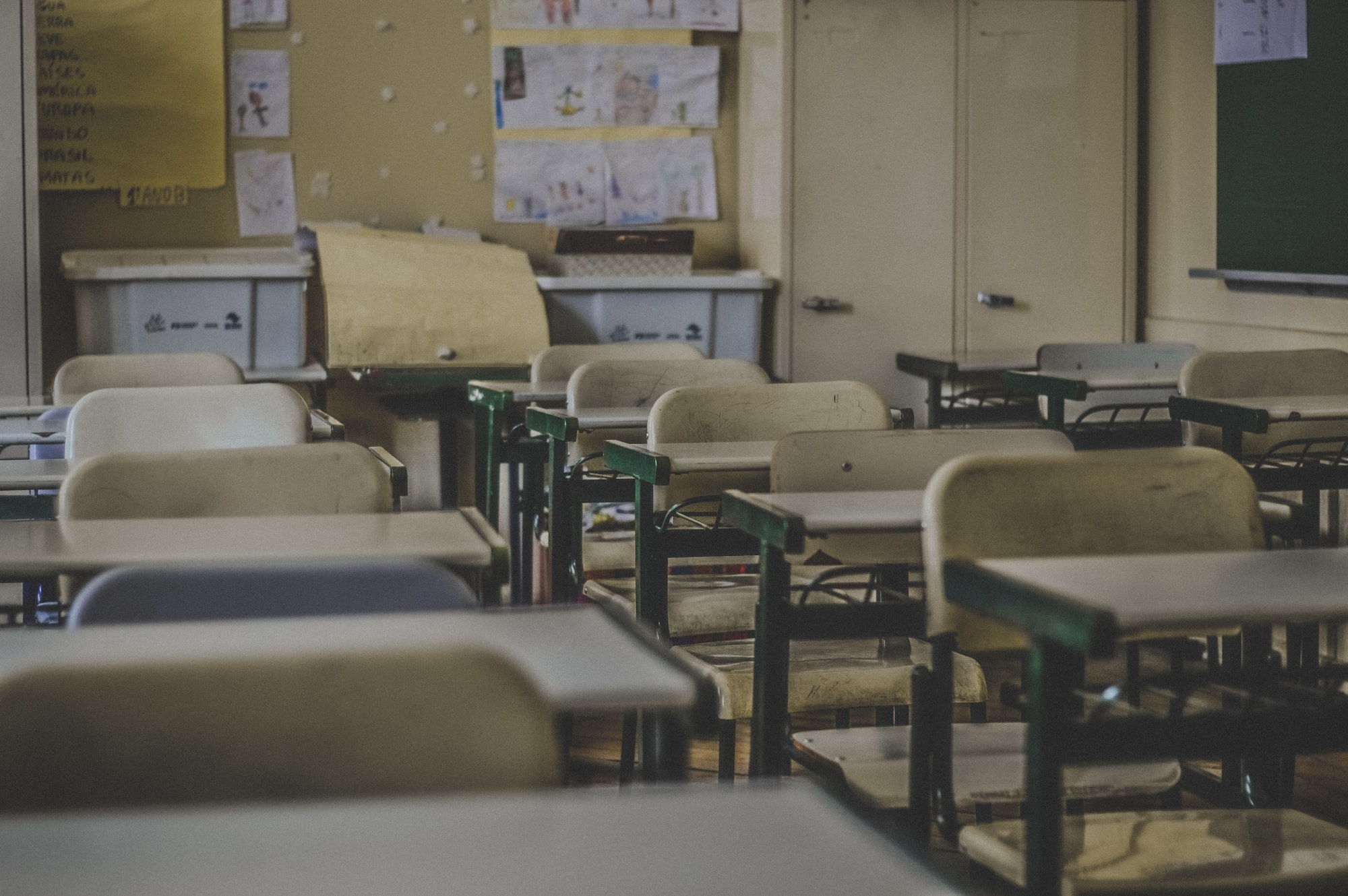 Something very unusual is going on with cdc.gov right now. Suddenly the CDC is promoting the opening of schools during the height of a pandemic, citing risks associated to nutrition and physical exercise and low risk of infection for children.

And if you really have a medical condition preventing you from wearing a mask for a grocery trip, you probably shouldn't be outside anyway.